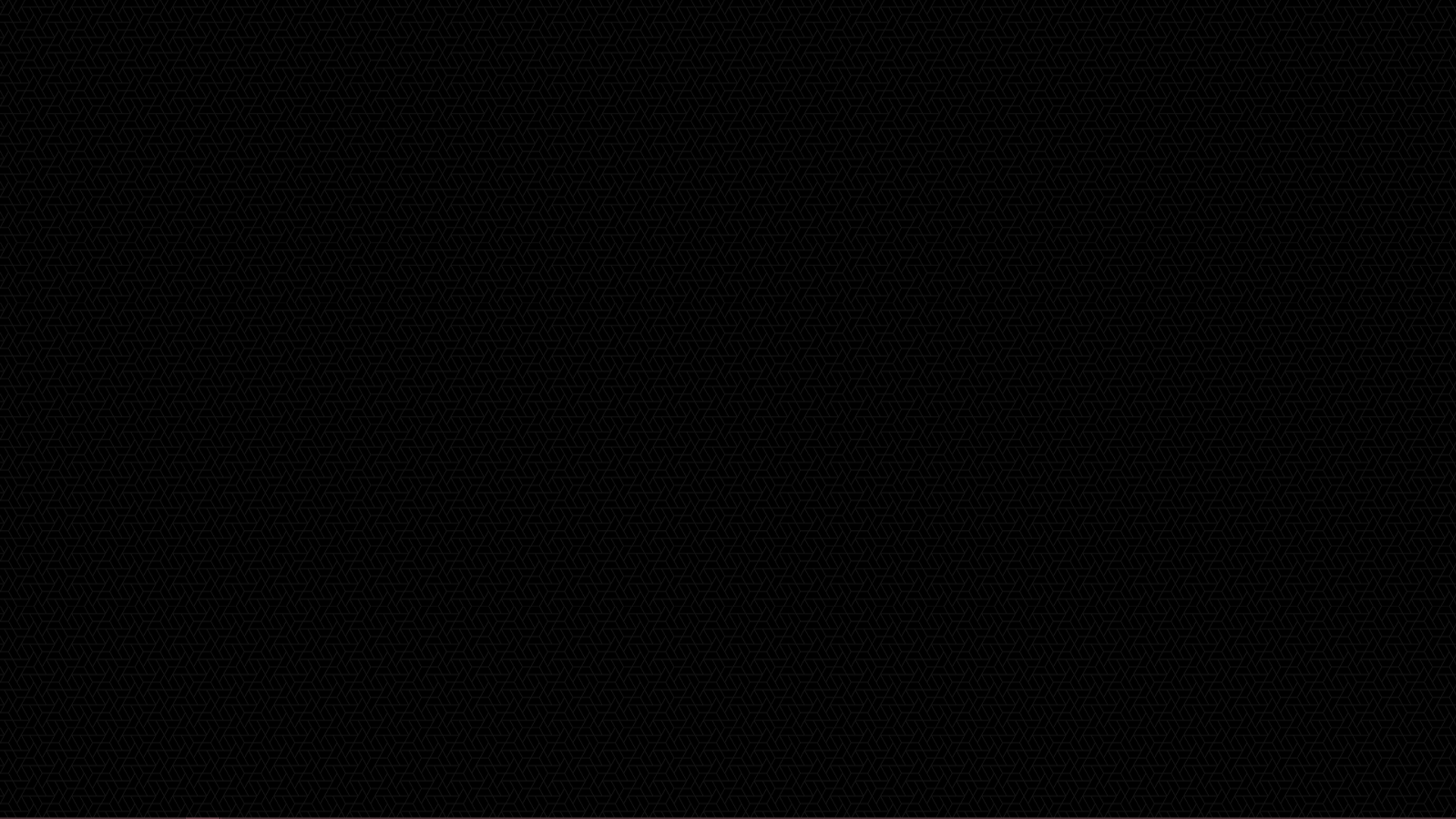 Another cycle around the sun draws to an end, and a new one begins.

As my annual letters seem to get longer and longer each year, I will summarize the content of it here.

So much of my life is centered around the idea of 'becoming more' that it is difficult for me to encapsulate a message looking back and looking forward without discussing ways of self improvement, but I will try.

I find, with great humor, that these themes were the same in my mid-year status update. I had forgotten about that, though the fact that they replicated with no reference is a pretty positive indicator to me.

Since the last time around our star, I have become much more who I want to become. My childhood vision of the man I could become, and the goals that began to emerge in my college years like the steps ascending a tower have finally brought me to a point where I can survey the world outside from the world within and say that I have reached a major milestone. Experiences, relationships, and challenges have built a sturdy foundation and a world on that foundation.

It is the milestone of feeling stable in who I am—who Colin Popell is, both face to face and under various sobriquets. I know what I had to do to reach this point (trivial tasks, simply because they were accomplished) and I have some vision of the steps that will take me to the next landing (nigh impossible as a whole, since they have yet to be accomplished, yet doable one at a time).

I am young, still, though the scattered silver hair on my head tells tale of the inevitable passing of time. I have not experienced all the joys and tragedies of life, but I have done what I can to listen to the tales of men and women from across history, and so hopefully the advice and thoughts I give have a depth to them beyond what I might have accomplished through observation of my life alone.

2019 was a year where I thought about love. The love of family, the love of friends, the love of life. I recognize that love is an incredibly stereotypical thing to talk about around the holidays, but all the same it was something that I spent much of my year dwelling on.

Sami Jacobs and I are incredibly lucky to have the people to love that we do. True friendships of a deep and virtuous kind, relationships with people that motivate us, strengthen us, and bring out more of our capabilities than we knew existed. Not everyone, but most people have these in one form or another, and I think they need more attention.

For various reasons, we live in an era where people feel like they have less connections to those around them. I can't fix that on a policy level with a snap of my fingers, but I can say: If you have the energy to do so, reach out to those around you. Old roommates, friends, clubmembers. People that you shared things in common with until you moved away, and new acquaintances you've met through work or your daily life.

Reach out to one more, two more, three more people than you were planning on for the holidays and ask them how their year has been. They might seriously appreciate it.

In the next year, seek to live well. As we choose to live, choose to live skillfully. The past is passed, and the future not yet written but perhaps in the impractically computable heart of existence. We should seek the point where at every moment we lack regrets and are subsumed instead with a passion for the chance to live more. Even regrets can be turned into the structure of a life well lived, if you reach the point where you are glad you are there and only want more life, more love, more existence.

Live well, be joyous, never stop growing, and seek the point where you can agree that, in that moment, you have no regrets. May your next year be more than you imagined.

January - I was offered the opportunity to take the Dale Carnegie training at work. I did well enough at it that I won one of the three 'best in class' awards, and was one of the few people invited to give feedback. I would say, having taken it, there's absolutely no point to taking it. Read his books, they're the best part of the training. The more modern stuff is generic corporate waste.

May - I spoke at Microsoft Build (video below).

June - Sami turned 29, started her new job on Power BI, and went to Vegas for a bachelorette party. I spoke at Microsoft's Business Application Summit.

July - We attended Jaime Huffman and Sherry Huffman’s wedding in Victoria. Sami and I decided that we were interested in picking up marksmanship as a hobby, and started pursuing it. We joined Samuel Henly at his condo for a lovely 4th of July party. I was also able to see Paul William Bragulla, my brother in all but name, for the first time in years—he was in town to look at the area and see about some job opportunities (that unfortunately fell through).

August - Unfortunately, in August tragedy struck. Sami's mother, Shawna Jacobs, passed away. We spent a few weeks in Georgia taking care of her affairs, as well as scattering some of her ashes at Clearwater Beach in Florida. During this trip, I also got to see my dad again. I learned more about family history, his library, and his furniture.

September - Sami and I attended PAX West, and had a fantastic time. We also hit the range for a bit. Finally, she attended a concert with a local friend to see Chevelle, Breaking Benjamin, and Three Days Grace. Something about nostalgia?

October - We visited a friend's farm for a large get together and met a number of fantastic people who had very different ways of existing effectively--we also got to hang out with Scott Fowler , Sonya Mann, and a number of others in person. I think this was a great experience to meet people who are as driven as we are but execute it in very different ways. We also had the opportunity to see Karl John Fischer for the first time in a while. Karl, remarkably, lives in San Francisco area and doesn't have any weird friends so I'm hoping that I can help fix that in the next year.

November - In November, Mackenzie moved in with her boyfriend (at the time—they have since become engaged!) Samuel Henly. We celebrated the Thanksgiving season, her going away, and her birthday with a lovely party at our apartment with delicious cheesecakes provided by Matthias Shapiro. My parents were also in town for a few days in November, and we got to spend some time together (Sami and I plus my parents) as a family, something that isn't so easy with us scattered across the country.

December - We spent the first week or so of December relaxing as an intermission between two bursts of intense socializing, before participating in a number of holiday parties, events, etc. Over the holidays we were lucky enough to be joined for a New Years Eve party by friends, ending the decade the way it should be—with conversation and joy.

I have accomplished a number of things in the last year. Like I said above, it seems like the easiest way for me to frame my growth as a person is in terms of acts of self improvement.

When I think about self improvement, but also when I think about living a quality life, I break things up into categories—I'll have more on that soon. This lets me try to make sure I'm not missing anything in terms of proper coverage over a well rounded lifestyle.

If you're only reading this to find out what I've read in the last few months, or if you're very kindly trying to keep up with my life but are tired of the fact I appear to have written an entire novella, this is the final section!

Aside from the Great Books, I did do some side reading this year

And now for the big list! Great Books reading. This is since my last list, so will only cover July through end of December. In July, I wrote that I was wrapping up Year 2 Week 1, and I can say with great pleasure that I am finishing up Year 2 Week 27 (a couple days late due to the holidays).

Bold will be things I believe are the most important to read.

The asterisk symbol * I will mark things I wish to reread.

The dagger symbol † (ironically Unicode symbol 2020!) I will mark things that struck me, stuck with me, left an impression—even if I neither consider them highest priority for you or for me to review. This is not quite a superset of the preceding classes.

Reviewing the last six months, it appear I have a great fondness for the Greek and Roman classical authors, enjoy the philosophical musings of mathematicians and physicists, and have little memory for Francis Bacon as well as various poets.

Shakespeare, Darwin, and Mark Twain are among the most strikingly excellent writers I have ever read. Darwin, perhaps, not usually included on that list.

The obvious thing to do when talking about 2020 is talking about how COVID-19 impacted me, and I could certainly do that, but instead I'm go…… Continue reading